It’s here! The best day of the year, Hagfish Day!

WhaleTimes created this day to celebrate the  beauty of ugly!

It’s time to slime. How are you celebrating? Making slime? Sending a hagfish bouquet to a friend? 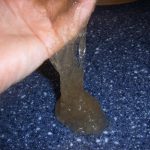 WhaleTimes is also joining kids at the Moorcroft Library in Moorcroft, Wyoming to make slime, look through a deep-sea animal’s eyes, and find out how many kids it takes to be the size of a giant squid. 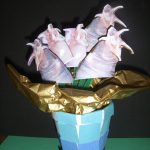 Here are some excellent ways you can celebrate some slime time!

Fantastic News!  WhaleTimes is joining another amazing group of scientists to study the deep sea! This time deep-sea coral reefs off the coast of Hawaii.

As the Jason ROV explores the depths, it will send live video footage to the Science Team. Plus, it will collect coral and water samples.

While many are counting down the minutes to 2021, WhaleTimes’ wants you to stop for a moment and celebrate  the beauty of ugly—Hagfish Day! Why hagfish? Why not? That slime, those knots, that face! Hagfish represent all the wonderful, amazing, unusual, and beautiful things about the ocean.  While we’re turning ourselves in knots metaphorically, they literally tie themselves in knots. While you’re thinking, I can’t believe they just said literally, hagfish could care less and oozed out another bucket of slime.

ocean is in trouble. While the popular animals, like dolphins, penguins, and clownfish get a lot of attention, the ocean is filled with bizarre beauties that need our attention. Things like spewing shrimp,  fantastic fish, and some we just say, “Goodness gracious what in the world is that?” (Heteropods, you know who you are).

On a serious note, WhaleTimes created Hagfish Day because human caused problems such as overfishing, pollution, and habitat destruction touch the lives of every animal in the ocean.  ALL of us are part of the problem. So let’s have a good laugh, enjoy some slime time, and then be sure to figure out ways to become part of the solution to protect the hagfish and all the cool animals in the sea.

And of course the lovely hagfish

Meet other Hagfish Day Stars, experts, and have a good slime with some Hagfish Day activities INCREDIBLE! That’s a perfect description of Dr. Edith Widder’s new book, Below the Edge of Darkness: A Memoir of Exploring Light and Life in the Deep Sea.

Friends of WhaleTimes have met Dr. Widder, but if you don’t know about her, Dr. Widder is a deep-sea explorer, submersible pilot, conservationist, and, as it turns out she is also one heck of a story teller!

WhaleTimes has been share Dr Widder’s research through the years including the incredible NOAA-OER Journey into Midnight research cruise where she and the team filmed a giant squid! Below the Edge of Darkness is filled with true stories about her deep-sea exploration and amazing discoveries. This exciting read includes beautiful photographs, too.

If you love the the ocean, watching nature documentaries, or want to emulate someone with dogged determination for discovery, then this is the book for you!

Congratulation on another amazing success Edie! What is climate change? Why did it happen? What can I do? These are questions kids might ask parents. This National Geographic article, Talking to Your Kids About Climate Change, written by WhaleTimes’ Director Ruth A. Musgrave helps parents talk to their children about climate change.

Our Journey into Midnight: Light and Life Below the Twilight Zone Virtual Research Mission has begun!

Despite being the largest habitat by volume on the planet, the water column remains one of the most poorly explored environments. This is especially true once one moves below 1000 m into the bathypelagic realm. Join world renowned deep-sea explorers Dr. Sonke Johnsen, Dr. Tamara Frank, Dr. Edie Widder, Dr. Heather Judkins, and Dr. Heather Bracken-Grissom as they share the research and discoveries from the NOAA Ocean Exploration and Research supported expedition, Journey into Midnight: Light and Life Below the Twilight Zone

Meet the Journey into Midnight: Light and Life Below the Twilight Zone team:

For more information email us:    sigsbee at our website  whaletimes.org

Gulf of Mexico, Wednesday, June 19, 2019: Dr. Edith Widder and Nathan Robinson called out into the deep to see what would answer. Something did, in a very big way. A GIANT SQUID!

This is only the second time a living giant squid has ever been caught on camera. And both times the videographer was Dr. Edith Widder. Both times Dr. Widder’s special deep-sea camera system, called the Medusa, did what no ROV or submersible has been able to do.

The Medusa is a stealth camera system that captures video footage in the deep. Because the Medusa uses red lights that are invisible to most deep-sea inhabitants and has no noise-generating thrusters, it can serve as a stealthy observer of light and life below the twilight zone. (It’s design is to be unobtrusive, unlike an ROV or submersible.)

How do you call a squid? Lights. In the deep, most animals use light. Animals use bioluminescence to find food,  communicate, and escape danger. The lights on the Medusa recreate the alarm lights of an atolla jellyfish. When startled, this jellyfish puts on a light show that beats anything in Vegas. Scientists believe the light show, like a car alarm, catches the attention of other predators. If the jellyfish is lucky, a larger predator will swoop in and eat whatever was trying to eat it. That allows the atolla jellyfish to slip away into the dark.

The Medusa uses specially designed lights that mimic the color and pattern of the atolla’s glowing scream for help.

This exciting discovery, and the on-going research in the Gulf of Mexico midnight zone (below 1,000 meters/3,280 feet) are part of the “Journey into Midnight: Light and Life Below the Twilight Zone” research cruise funded by NOAA’s Office of Exploration and Research.

Read more about this exciting news: Here Be Monsters: We Filmed a Giant Squid in America’s Backyard

K-6 teachers, join WhaleTimes’ this fall for Creep into the Deep: Journey into Midnight and learn more about Dr. Widder (aka the Squid Whisperer), Dr. Judkins…and the rest of this amazing research team and their discoveries in the Gulf of Mexico. Find out more.

What’s in the deep in the Gulf of Mexico?

Our Journey into Midnight Science Team is in the Gulf of Mexico trying to answer, what lives in the midnight zone and does it glow?
Here are couple animals they might meet along the way:

The National Oceanic and Atmospheric Administration’s (NOAA’s) Office of Ocean Exploration and Research announces the:

Journey into Midnight: Light and Life Below the Twilight Zone

Join our Science Team as they explore bioluminescence in the deepest parts of the Gulf of Mexico!

Despite being the largest habitat by volume on the planet, the water column remains one of the most poorly explored environments. This is especially true once one moves below 1000 m into the bathypelagic realm.

From June 7 to June 23, 2019, join a team of deep-sea experts as they explore some of the deepest part of the Gulf of Mexico between 3,750 and 4,384 meters (12,303 and 14,383 ft) specifically to study bioluminescence and vision capabilities of the organisms that live there. The rest of the summer WhaleTimes will share their discoveries with you. What we learn is sure to be illuminating!